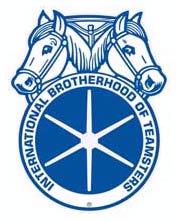 Women make up 50% of California’s workforce.

Women are injured more frequently at work as they age, while men’s injury rates decline.

​Women have a higher risk at work for Carpal Tunnel Syndrome and Mental Stress.

Women are more likely to be a victim of violence or mental abuse in the workplace.

Farm work is dangerous and done mainly by immigrants who are vulnerable, live below the poverty line, and are undocumented.

Protective equipment is not designed for women’s bodies.